The Well of Grief


Some will be outrageous, some have rarely shown

As I think about the world I see
They stare and smile at me, at me

I've noticed I keep resorting to other people's words. Lyrics. Favourite poems. Anyone who's had the misfortune to stumble across my twitter feed recently must think I'm an angsty teenager. But the truth of the matter is there is a deep dark well of loss where the words used to be. Someone I know recently posited that when we're at a loss for words, it's usually because we don't want to say the words we know are needed.

That, my friend, is a crock of shit.

In grief this deep, there is only silence.

This isn't going to be a very good blog post. Don't come here looking for language put together with care and beauty. Don't look for the uplift of hope at the end, the lilt of words that suggest I am finding my way out. You won't find it. Even if it's true, and experience and my gut says it is, right now I don't know that this is good for me, this sitting alone in the bottom of the well of grief, letting this all be true. Right now all I know is I am raging against any sort of grace that can exist in a world without him.

Occasionally someone who doesn't know our history will ask who he was to me. And I'm genuinely at a loss for how to answer. Depending on who asks, or what kind of mood I'm in, I will probably say one of the following. He was a mentor to me. He was my best friend. He was my brother. At times, he was also, in ways too complicated and private to explain, my lover--but I probably won't tell you that. That was never anybody's business, and if you knew that about us, you already know more about our relationship than most people. Probably also including us pretty much most of the time.

But none of that explains our relationship. None of those descriptions do it justice. He was so much more than all of those things. It just gives you a box to put it in, to help you understand why I am so inexplicably sad sometimes lately. Why some days I don't get out of bed until mid-afternoon because I've stayed up beyond half the night before reading, staving off the darkness a little longer, when I'll have to close my eyes and face it again. That he's gone, and he's not coming back, no matter how many times I ask him to, no matter how many nights I dream of him. No matter how many times I have my phone in my hand, halfway to texting him something that I realise he probably already knows, and that whoever picks up his phone wherever it is these days isn't going to care, isn't going to say anything back to me that can make it any better. And none of it is going to make me open my front door someday, or walk into a room in a distant city somewhere, and come face to face with him, his hair doing one of the countless ridiculous things it was known to do--for in truth, his hair was never known to do anything but ridiculous things--his face squinched up in mirth and cracked just about in half with a grin just at seeing me, no matter how hard he may have wanted to throttle me five minutes ago (which was probably also true at least half the time, let's face it, and oh baby that feeling was so mutual it made me see plaid sometimes), that this face is never going to peer at me over the lip of this well of grief and ask me point-blank, "Hey dumbass. What are you doing down there? I'm not really gone." 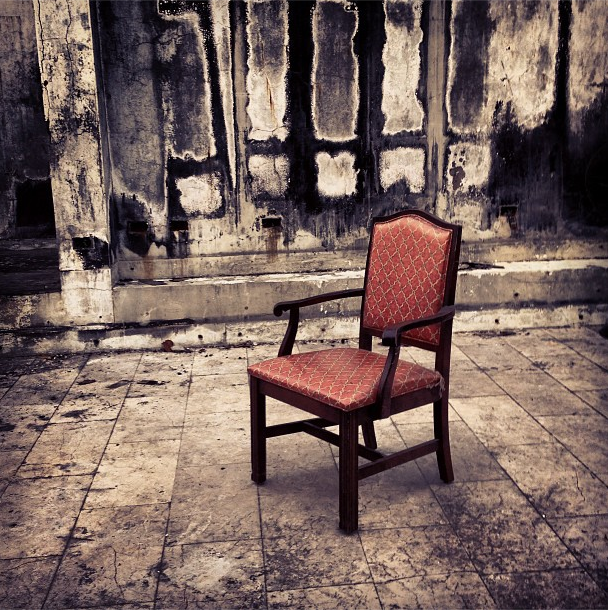