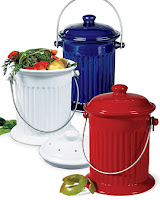 I really don't know how much more of this frantic catalogue-digging I can handle before I have pity on my poor mom. One thing's for certain: if she doesn't get sidetracked by something soon, when she opens her gift a few Sundays from now, it will be rendered utterly useless immediately, from her cracking it over the top of my stubborn head.
Posted by thefirecat at 11:08 AM 9 comments:

Brave and Crazy (and I Ain't Tellin Who Is Who)

One of these rules is, no matter how much you wish it to be otherwise, the one of you who is a person must, before retiring to another room for even just a moment, place some sort of protective covering over the bacon bits on the sideboard next to the spinach salad.  Because if you do not do this, the one of you who is a cat will shortly be discovered (by someone else, in this case) with his entire head brazenly in the salad bowl. You must either learn to "cover up, buttercup," or learn to go without bacon bits in your spinach salad.

This is just the way it is. No amount of yelling, scolding, training, or flat-out cussing is ever going to make it any different.
Posted by thefirecat at 4:58 PM 2 comments:

I went long on this because I really got stuck. Not because I couldn't come up with a response--no, quite the opposite. I got stuck because I had too many responses crowding the door to my brain, each trying to get through first and be picked up and held. As a result, this might end up being one of those "all over the damn place" posts.

My problem remains that two of the three men dearest to me in the world are professional photographers--my father, a fine art photographer after twenty-five years in the judicial branch, and my dearest friend and mentor, a photojournalist and filmmaker. One thing this means is that what gets saved from our house fire is not photographs but a metal case containing binders crammed with negative sleeves. That's just the way it is. The cats have legs, they can get out on their own.

Another thing it means is that often, the memories I have of people and events are dictated from a different perspective. We don't pose for photographs in my family. We go about our daily business, assured in the knowledge that we will one day find it magically recreated in the tiny squares of a contact sheet and wonder aloud why we didn't see the long snout of the 75mm lens crawling up into our faces at the time.

A third thing it means is that watching TV is a bitch. My dad will see things going on in the corner of the frame that those of us without secret x-ray vision would never notice. Robin has been known to yell "Focus!" at a perfectly normal screen, or criticize its headroom. Good God, man, it's baseball. Let the rest of us watch the World Series in peace, will ya? Not even CSI is safe. The other night, as Catherine Willows was documenting a crime scene, my dad winced as the flash went off three times in rapid succession: "That's the trouble with digital. People take three shots when all they need is one." Um, yeah dad, but this is about documenting evidence, not making things look pretty. It's not like it's going anywhere. The victim isn't going to get up any time soon and blow the composition.

I can't even call them digital cameras without getting yelled at. My dad refers to them--not arbitrarily--as computers with lenses. He's right, of course. That's really what they are. A digital image is not a photograph, since etymologically speaking a photograph is a picture made with light. There's no light involved in creating a digital image, just pixels. Nevertheless, this frequently causes another chorus of, "Yeah, whatever dad."

And don't even get him started on film vs. digital. He's got several dozen valid points, among them clarity, depth, control of your input (ever seen a digital camera with a "manual" shutter setting?) But sometimes digital is just so damned convenient. You can go to Africa and not have to check $2000 worth of overage in luggage. You can carry 14 gigs of memory a lot more easily than 60 rolls of film. (I know this. I've packed 60 rolls of film. They end up everywhere. In his shoes. In the first aid kit. Shirt pockets. Tucked between his shaving kit and his toothbrush. In his underwear, though not usually while he's wearing it.) But on the other hand, so many people go digital because they think you don't have to think. You just shoot. Manipulate later. It's art, some of it, but is it photography? How do you explain depth of field to someone who's never had to calculate it because the computer does it for them? How do you explain the tension of waiting for a shot, your fingers itching for the shutter but your brain overriding them because your eye knows the moment is not yet come? The magic of standing in a darkened closet, waiting for the image to swim up through the bath in pieces toward you?
Posted by thefirecat at 6:39 AM 5 comments: