And Now, Back to World Domination

(sorry, Meg, that was such a great line that I had to steal it for my title)

My official first act as Queen of the World, even before I change my title to Emperor;
Even before I enact a global Marshall Plan for the world's children, so that they can have access to free education;
Even before I announce ice cream as a food group and decree Wednesdays an international holiday;
Even before I throw everyone the hell off Antarctica and give it back to the penguins;
Even before I establish the Fourth R in the "Three Rs" of elementary learning: Reading, Ritin', 'Rithmetic, and Recyclin';
Even before I staff my cabinet with Wangari Maathai and Julia Butterfly Hill as Ministers of Trees, Kailash Satyarthi as Minister of Playing with Kids, and Pema Chodron as Minister of Just Being;
Even before I host the world's biggest homecoming party in Tibet for the Dalai Lama;
Even before I figure out where in the sun-dappled garden I would put my papas 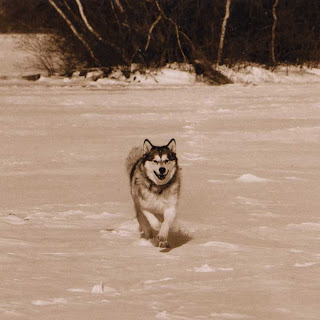 there's one small order of business that needs to be addressed.

Before any of this stuff happens, and happen it will in my new job as Queen of the World, I know a guy in New York who gets his dog back.

Be careful. All that good stuff might get you divinely appointed to the throne. :)

No, I want to be your Minister of Just Being! Such a great post and the suspense leading to the end broke my heart because I have a 16 year old Siberian Husky and you know what that means. . .
Nice work, Your Highness.

Why when there are so many wise ones do we end up being ruled and reigned on by the dismally crooked? Good choice of helpers.

Yes, do elaborate on the guy and his dog.

And every child every person should have time at the beach, in a forest and beside a brook.
No stray animals, no homeless, no hungry.

why are these ideas considered radical and dangerous?
Very nice post, what about the dog?

Sounds like a pretty good first day you have planned.
However, I too am still wondering about the man and his dog---but no one should have beloved pets taken from them, unless those pets viciously harm innocent people or other animals.

Sigh! You are going to take away Dalai Lama from India?