One of my students invited me to photograph her final project for her Communications class. She and several other students traveled to Center City Philadelphia (an area with which I am only moderately familiar, mostly as home to the Reading Terminal Market and packet pick-up for the Philadelphia Marathon) for an experimental project in nonverbal communication: free hugs. Technically speaking, there was both verbal and nonverbal communication here, as they were both speaking and holding up signs with words written on them, but that wasn't the subject of their experiment. What they were interested in was how ordinary people would react to being offered a hug by a total stranger. Coincidentally, they chose to carry out this experiment on Good Friday.

The title of this post is a homonym for the man who began this campaign in Sydney, Australia--Juan Mann. That is not, to the best of my knowledge, a pseudonym. That is his actual name.

Scenes from the City of Brotherly Love 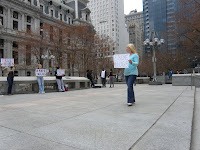 The free hugs crew sets up outside City Hall. 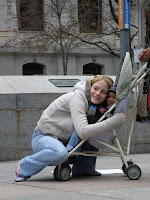 Bethann bends down for a little stroller action. 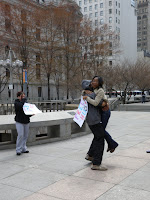 Heather gets a surprise! 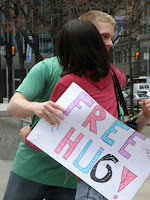 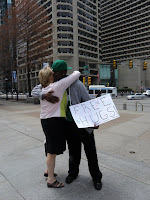 Something that doesn't happen nearly enough. 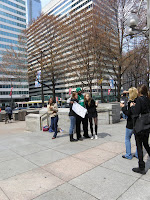 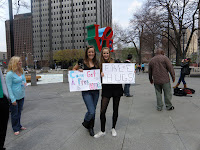 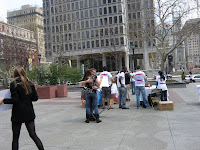 ...and make friends of their own. 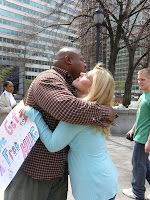 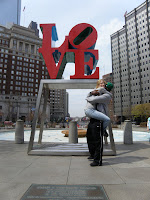 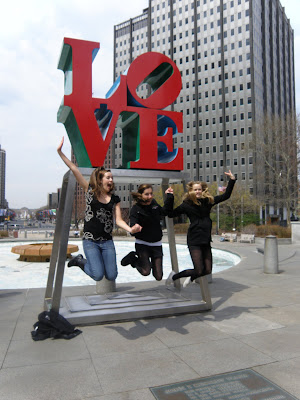 Posted by thefirecat at 8:22 PM